Confessions from an air conditioning repairman

Heat and humidity can make for some cranky customers. Take it from longtime air conditioning repairman Ken Nielsen, president of North Reading’s AccuAire. 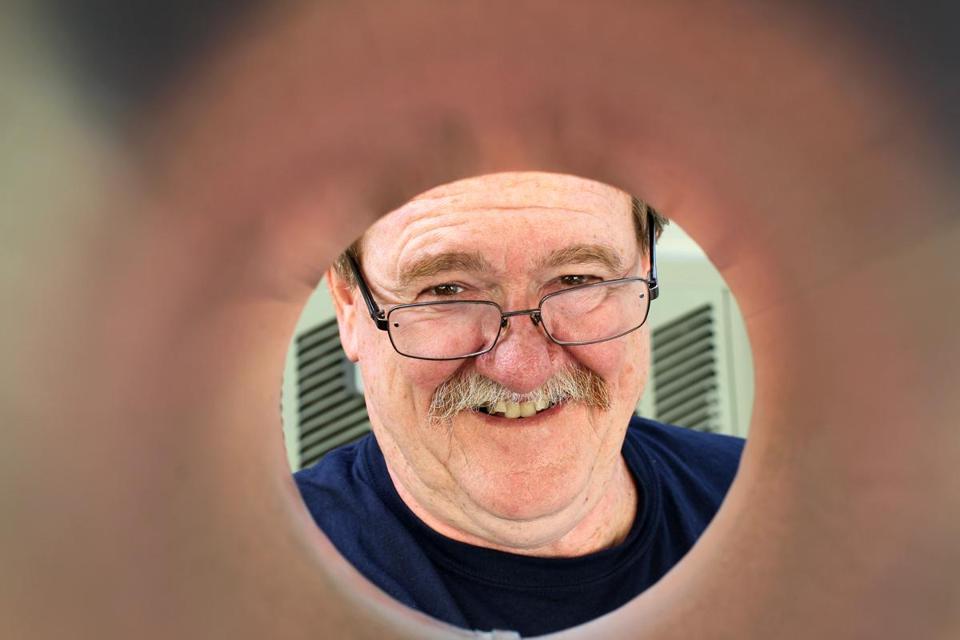 Air conditioning is probably 75 percent of the business. A lot of people are putting in new systems, but just as many people are repairing old ones. Most of the stuff we do is central air. We don’t do window units. I personally do a lot of chiller work; that’s all big commercial stuff. I go all over New England doing startups and service. We’re at one of the utilities right now, putting in air conditioning for their server room, in Somerville.

We’ve had a few people try to fix ’em themselves before they call, but usually the office — Alice, my wife — will walk them through it, make sure they have changed their filters and checked their circuit breaker, and, believe it or not, make sure it’s actually on “cool.”

Do the maintenance. Make sure everything is clear. I’ve walked up on a house and had bushes growing out of the unit, so I’ve had to do landscaping. But if it’s clean, it will run more efficiently, and it won’t cost you an arm and a leg to run.

THICK OF THINGS The average high temperature for Boston in August is 80 degrees.

(Interview has been edited and condensed.)